Whether we know it or not, we all rely on a little cosmic intervention to keep our lives on an even path, to put us in the rooms with the people we’re destined to meet and to show us the lessons that even hardship can bring. For Babeheaven, serendipity is more than a superstitious comfort – it’s the reason for their very existence.

The project of lifelong friends Nancy Andersen (vocals) and Jamie Travis (instruments and production), Babeheaven is the work of two creatives united by a similar outlook on life and the organic nature of true creativity. Introduced to one another after meeting aged 13 at a father-and-son football group (Nancy on the sidelines), they stayed in touch, and found their lives colliding once more as adults.

“That thing that everyone writes about us working in the same street is true,” says Nancy. “We really did end up walking past each other every morning at 9 am and every night at 6 pm, just hanging out in each other’s shops.” Jamie concurs with a laugh – “Yeah, and then we’d go back to my house and hang out and watch Gordon Ramsey.”

Both with musical tendencies handed down from their fathers – Nancy’s a commercial jingle writer, Jamie’s the founder of Rough Trade records – the pair soon found themselves working on tracks every evening, initially as part of a wider group but soon just the two of them when they realised just how much they had in common. “It was a pretty organic choice – me and my friend were making something together, and we got Nancy in because we knew she could sing,” explains Jamie. “Slowly, we decided to just do our own thing because we were hanging out so much, and we ended up with ‘Friday Sky’.

A smooth, haunting encapsulation of the dizzying effects of first love, ‘Friday Sky’ is a Babeheaven centrepiece in more ways than one, displaying their natural aptitude for putting emotions to record as well as their faith in fateful inspiration. “It was this hilarious thing – I got sent this random CD to the shop where I worked, with a note,” says Nancy. “It was two days before Valentine’s Day so I assumed I was being pranked, but it turned out to be this song that a ten-year-old family friend had written and sent to me because they’d heard I made music. We quickly decided to write our own Valentines song, but then we needed a name for the thing that we were putting it out under – it could have been just Nancy and Jamie, but we wanted to have a bit more fun than that.”

Since ‘Friday Sky’s’ 2016 release, the pair have certainly had plenty of fun. Impossible to put an exact finger on, their genre-evading music has amassed 15 million Spotify streams with support from all manner of laidback independent playlists, translating to sell-out headline shows at Bush Hall and Jazz Café as well as support slots for Loyle Carner, Cigarettes After Sex and Nilüfer Yanya. At the heart of West London’s thriving art and fashion scene, they have been able to call upon lifelong friends to bring their vision to life, part of an exciting new charge of young creatives on the rise.

The Hours (Live at The Church Studios) 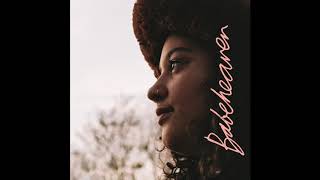