Emmy the Great (Emma-Lee Moss) is a singer-songwriter, writer and composer. Her albums are First Love (Close Harbour, 2009), Virtue (BMG Rights Management, 2011), Second Love (Bella Union, 2013) and April/月音 (Bella Union, 2020). Collaborations and soundtracks include This is Christmas (Infectious Music, 2011) with Tim Wheeler, Austenland OST (Madison Gate, 2013) and Out of Her Mind OST (Plumeria, 2020). In 2011. The Guardian called her ‘one of the boldest young writers in pop.”

For radio, TV, film and stage, her composing credits include original songs for Starlee Kine’s groundbreaking US podcast ‘Mystery Show’; Sara Pascoe’s ‘Out of Her Mind’ for BBC2; Mia Lidofsky’s ‘Strangers’, and music and libretto for Sara Pascoe’s stage adaptation of ‘Pride & Prejudice’ at the Nottingham Playhouse. She presents and composes music for radio programmes, including, BBC Radio 4’s ’A Sailor Went to Sea Sea Sea’, which was nominated for a Prix Europa in 2019.

As a writer, Emmy contributes writing to the Guardian, Vice, British GQ, Wired and others. Her shows often draw on elements of storytelling or reportage. She gave a TED talk in 2017, combining music and memoir as part of Jon Ronson’s TEDxNYC: Rebirth event. She is British-Chinese and was born in Hong Kong.

“Sage and sharp, Moss in bloom is lovely to behold.”

Sunday Times – Album of the Week

“…like walking through a city on a sunny day when everything looks clean and bright, dreaming up the details of the perfect and fruitful life that always seems possible in seasons like April or autumn.” – the Forty-Five – 4 stars****

“Ethereal and dream-like… An intriguing new chapter from Emmy The Great that carves out a world you can dive into.” DIY – 4 stars ****

“Combining Canto-pop with warm neo-folk, her songs are beautifully constructed, the arch quirkiness of her early albums replaced by the lush writing of songs such as Chang-E or Okinawa.”

“Moss’ radiant fourth album details a visit to Hong Kong in search of selfhood; honoured here in luminescent sound and melodic abundance… April shines like a beacon of contemplative hope from the near-past, lit up by a songwriter at her intuitive best.” Record Collector – 4 stars **** 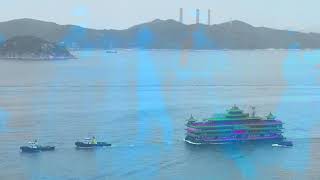 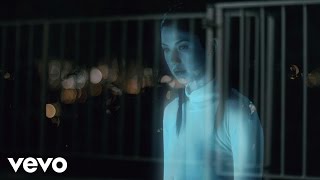