Luke Elliot’s evocatively titled sophomore album, The Big Wind, released in 2020, is a barometer of these turbulent times. “These songs have to do with a pull to come into a stable existence. While writing them, I had no permanent residence, but I stopped being a mess, I met my wife, and I scrambled to get this record done,” he reveals. “Everybody has to grow up some time.”

The Big Wind, is a boldly textured and instantly immersive album with a film noir-ish touch that is simultaneously sleek and modern at the eye of the storm. Rolling Stone France picked “The Big Wind” as its Album Of The Month upon release and referred to Luke as an “undeniable talent combined with a truly stunning voice.” MOJO Magazine in the UK called him “…a master of accessible, twisted, gothic Americana.”

“All On Board (Exit Version)” has now been re-imagined, re-arranged and re-recorded from The Big Wind for the second season of the Norwegian national hit series, EXIT. Luke appears as himself in an episode, performing his song. “I love the way it appears on the record,” Luke says, “but there ́s something about this version that just feels more natural to me. There’s a rawness to it that just feels… right.”

Luke was born and raised in New Jersey but is a resident of Oslo, Norway where he has garnered favorable comparisons to roots, folk, and rock icons such as Hank Williams, Big Joe Turner, PJ Harvey, and Nick Cave. His cinematic musicality is both elegant and earthy, offering bold emotionality, poetic lyrics, haunting epic tales, and a voice that exudes a rich vulnerability. 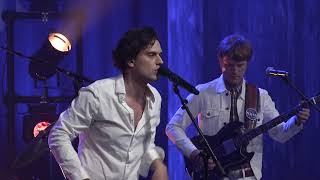 If You Ask Me To 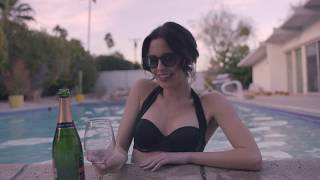