Anyone familiar with Matthew Field will know that staying in one lane isn’t really what he does. As the driving creative force behind Beatenberg, he’s helped shape a whole new music lexicon. Over two albums, the Cape Town-based trio alchemised a new global sound, fusing modern pop production with complex rhythms, lilting indie rock and folk. His work with South African pop maverick Tresor, meanwhile, showed he could take his magpie approach and ear for a winning melody into a whole new sphere.

His mother, a visual artist, would play Bach and Mozart as she worked in her studio whilst Field drew. He has the ability to pen an unforgettable melody practically written into his DNA. His pianist father took a job as a jingle writer and started getting Field to help him whilst in early high school. He admits he sometimes complained, but recognizes the valuable unusual experience creating and recording music so early on. This also allowed him access to a studio, a place which, when in there on his own “became a very free and exciting place for me.”

This rich melting pot over the years has created one of the most interesting and unique voices in modern music. A voice that has produced South Africa’s biggest ever airplay hit (Pluto) and won seven SA music awards for their 2014 debut, The Hanging Gardens Of Beatenberg.

Now comes a new chapter in Field’s creative journey. M Field places his songwriting within yet another sonic world, one that is lusher, richer and even easier to sink into and get lost in than ever before.

The roots of this particular project are a bit more ad hoc than the delicately textured and intricately arranged music might suggest, however, with the tracks he worked on with West London producer Bullion were done pretty much over email. “This was all done in lockdown, we haven’t even met properly!” laughs Field from his home in Cape Town. “Hopefully we’ll get to do something in person sometime.” Though it may have been done over jittery broadband connections and a torrent of file sharing between different ends of the earth, it proved to be a musical match made in heaven.

As the sheer scope of his recorded output to date might suggest, Field is a musician who has ideas, melodies and songs overflowing from him. The steps toward this new phase were partly led by the fact that he was stuck at home with no one else to make songs with.

“I didn’t plan any of it out at all,” he recalls. “I’ve always had an excess of ideas and music and a backlog of music that hasn’t been released. I knew at some point I would want an outlet to do stuff outside of the band but I didn’t like the narrative of ‘going solo’ and what that might mean. We’re all in different cities so this idea that I’ve always had was kind of pushed into the forefront due to the circumstances. I was working on music on my own at home and I chatted to the guys and it made sense for me to do this as a solo project.”

Working on his own with no forethought to what these songs might turn out like and how other musicians might interpret them, Field found a new creative freedom in his writing. “Now that I’ve started this thing it does feel like the perfect space to try things that I want to do,” he says. “It’s going to give me, and also the band, the space to work in a freer way.”

Free is certainly how these songs feel, and for Field the sky really does feel like the limit right now. 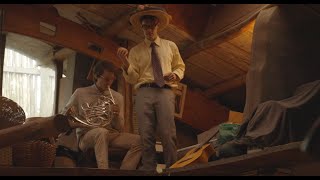 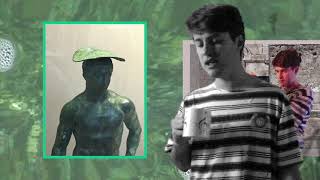 Ten is A Number