NoGood Boyo, Welsh trash-Trad group, are the only band you need to see if you’ve ever wondered what would happen if you locked Enter Shikari, The Prodigy and Meredydd Evans, in one room and told them to soundtrack the apocalypse.

NoGood Boyo are Beth, Sam, Aneirin and Jordan. Recent single, ‘ONE DAY’, is the perfect introduction to their mashed-up folk, EDM and metal. Based on the traditional Welsh song, ‘A ei di’r deryn du’, the track is produced to dazzling effect by band guitarist, synth player, and producer, Sam Humphreys, and tells of the timeless pain of searching for what is lost.

“On the surface, we hear a song about a lost love, and the blackbird looking for her, but for us in the band it goes deeper than that. It’s really an analysis of the world in which we brought the track to life. We as a species are facing several crises. Compassion has been lost, the truth is being lost whilst disinformation is spread.

In reality, we’re not searching for the woman of our dreams, but searching for a politician who will do what they fucking say they’re going to do, we’re searching for answers and actions that will combat climate change, and for human beings to start understanding that their right to an opinion isn’t the same as the truth.”

NoGood Boyo: reclaiming Welsh traditional music and shattering dancefloors from 2022. Dressed to party like it is 1699. 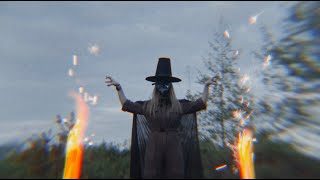