If fear keeps you from doing things, your world becomes smaller. Overcoming that fear by courting new, sometimes unnerving situations is the premise of Honeycomb Shades, the debut album by Dutch recording artist and musician Robin Kester. Kester’s experimental pop exudes a hazy euphoria and dark tension: the thrill of your synapses firing on all cylinders before turning into fully-formed thought.
Garnering widespread acclaim with her mini-album This Is Not A Democracy last year – with airplay from BBC 6 Radio, KCRW and KEXP – Kester has drawn a wide range of comparisons, ranging from Portishead, Broadcast to Julia Holter. Though operating on a comparable sonic wavelength, Robin Kester is a distinct voice coming fully into her own on her debut album Honeycomb Shades.
Drifting between the outer realms of chamber pop, electronic music and psychedelic rock, Kester writes wholly adventurous music. Not adventurous per se in the naive sense, since there’s always some element of mystery on the prowl. Having moved around from town to town a lot as a child, many of her songs reframe past impressions into wandering reflections, often inspired by specific moments and sceneries. 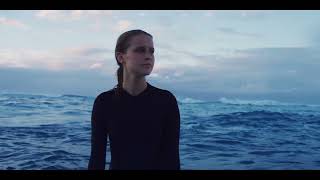 Day Is Done (demo) – as featured in the film Press Play 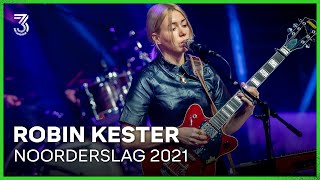