Influenced by 70s and 80s disco, pop, and electro, her unmistakable sound is a unique re-working of classic dance-oriented pop music. Her debut single, ‘He Can Be Your Lady’ was described by Clash as a ‘Post-disco jewel’, while Line Of Best Fit found it ‘delectable’.

Although private and shy by nature, Daisy Capri (Vanity Fairy) is never afraid to shine onstage, where she dazzles in a constantly rotating roster of elaborate polyester-blend kaftans, sequin studded blouses and quality hats. A generous, joyous performer, her hypnotic eyes and mesmeric throw-back aura have been thrilling music fans and non-music fans across the globe alike.

After opening for Girl Ray across their 2020 European Tour, Capri returned home to pen her much anticipated debut EP alongside her brother, writer-producer Sammy Yamaha.

A disco-infused delight, ‘Love From Above’ will be released on Moshi Moshi Records in early 2021. 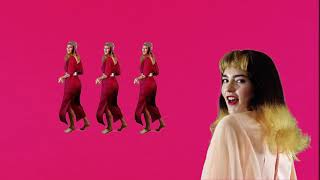 He Can Be Your Lady