Death Bells is the longtime musical collaboration between Will Canning and Remy Veselis. Formed in 2015 during their late adolescent years in Sydney, Australia, the act has proven to be a mainstay in the alternative underground musical landscape both in their homeland and overseas during their five-year history. Blurring the lines of post-punk and garage rock, Death Bells has morphed and transformed as the two members have grown up throughout their late teenage years living together into early adulthood. With Canning’s distinctive baritone and the kinetic collection of reverb-drenched leads by Veselis being a constant during their musical output, the two made the permanent move 7,000 miles away to Los Angeles, California in 2018 where the current incarnation of Death Bells has blossomed.

Following the releases of their debut E.P, much-loved first album, and seven-inch single on Funeral Party Records and their 2019 single on Metropolitan Indian, Death Bells joined the Dais Records family for their highly anticipated sophomore album New Signs of Life. Three years in the making, the release sees the act embrace their diverse tastes to deliver unforgettable hooks and more expansive sounds across its nine graceful songs. 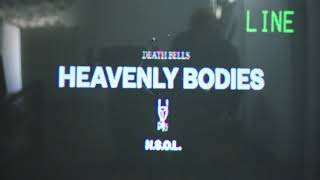 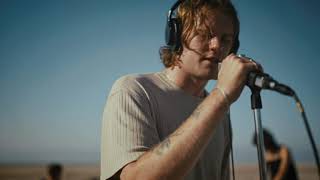