Gabriella Cilmi enjoyed phenomenal success at an incredibly young age. Still a teen when breakout single ‘Sweet About Me’ conquered the globe, the Australian artist was thrust into the glare of the spotlight, enjoying chart success after chart success.

Yet the more she travelled, the further away from her roots she became. “It was a bit of an odd time for me, because it was a big departure from why I got into music in the first place. All of a sudden I’m onstage dancing in a sexy robot costume,” she laughs. “It left me in a place where I felt like I had really lost my way from why I wanted to do this in the first place.”

So she went back to the source. Living in London for the past decade, her 2013 album ‘The Sting’ was a “shedding of the skin moment”, with Gabriella grappling with independence for the first time. “It felt like I didn’t know who I was, so I was figuring that out,” she recalls. “It was all about stripping things back and going back to the complete basics of writing a song; to go back to the roots of why I loved music in the first place.”

A pivotal moment was watching The Band’s iconic performance in The Last Waltz. Friends onstage making music together, their fusion of country, soul, blues, and Americana lit up Gabriella’s imagination. Working with her brother Joseph as co-songwriter and Eliot James as producer, the three stripped her music to the core, and her new EP is the bravest, most explicitly honest thing Gabriella Cilmi has ever done.

Working quickly, Gabriella managed to get her feelings down on tape. Musically, it’s honeyed, Autumnal tones are crisp, refreshing, recalling everyone from greats such as Van Morrison and Janis Joplin through to contemporaries such as The Staves or First Aid Kit. But lyrically the EP is a process of exoneration, of letting go.

The process of making the EP has been both cathartic and transformative, with the scorching autobiography of the songwriting aiding her own life. “I’m one of those people who takes things to heart, and holds on to things. Keeps it in locked inside. But everything about this record – instead of internalising everything it’s just letting it breathe. It’s all about capturing the moment.” 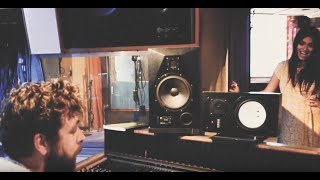 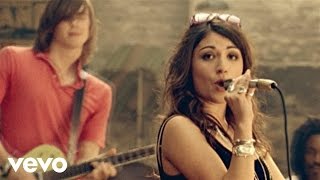