Writing songs is what Linn Koch-Emmery does, and writing great ones is what’s made her name in music. She’s risen to the top of the Swedish indie scene by making music that gets straight to the point – short, sharp indie-rock rollercoasters that come packed with killer choruses that are easy on the ear and easy to love. Those songs have found fans at home and abroad, where she’s toured as far as Germany, the UK, and even Mexico, and established her as one of her home country’s brightest new talents.

Linn’s new music takes her into new territory. The principle remains the same – strongly melodic, sweetly simple and direct songwriting – but the new songs take on a sound that’s cleaner and slicker, with some of the scuzz swapped out for synths and shine. What strikes you about Linn’s work is that the songs don’t bring up memories of anything else – they sound like something different, something new. “I wanted to figure out how indie music should sound in 2020”, she says.”It’s kind of like owning the time you’re living in I guess. It’s about writing your own history, rather than rewriting someone else’s and applying it to yourself”.

There’s very little distance between Linn and her music (“I’m more myself when I’m doing music than I am walking the streets”), and that’s reflected in her lyrics – a jumble of emotions and counter-emotions, pivoting between playful and raw and intense, a window into Linn’s own personality. “That’s the way I am as a person, I am over-dramatic and emotional, but I also take the piss out of myself”
The goal of a songwriter is pretty simple. It’s to write great songs, and that’s what she does – writes songs that leave a mark on you, and with a gift for melody that means it’s hard not to fall for them. “When I’m listening to music, I feel stuff I can’t feel when I’m not listening to music”, says Linn. “I have a wider range of emotions, where the world seems to have brighter colours”. That’s something her own music achieves easily – a Linn Koch-Emmery
song makes the world, and everything in it, seem a little more alive. 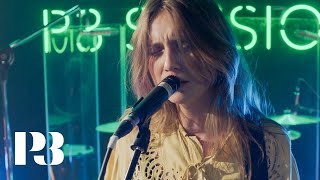 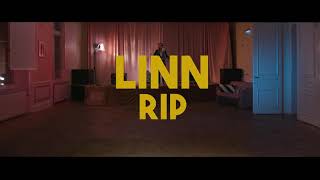