FADE IN:
INT. COFFEE SHOP- DAY
We open on an older man and woman in their seventies across the table from one another. The man looks pre-occupied and concerned.

ALICE:
What’s wrong, Joe? Something on your mind?

JOE:
Every since Cecil passed on, I’ve been thinking a lot about life insurance. I want to be sure the kids aren’t burdened when it’s my time. Do you and GLADYS have any?

ALICE
We do. But what’s really been helping us feel secure lately is FUTURE TEENS.

Alice slides a copy of BREAKUP SEASON across the table.

ALICE
They’re a rock band from Boston, MA and they’ve changed everything for GLADYS and I. People call them BUMMER POP and it’s a label they wear proudly.

JOE
I’ve never even heard of BUMMER POP. What does that sound like?

ALICE
It sounds like it’s 1 am and you’re on the front stoop of a party full of people you barely know talking with your best friend after you’ve both had a really hard couple of weeks.

ALICE
It is! And more people are starting to hear about FUTURE TEENS. Just recently, they’ve started working with TRIPLE CROWN RECORDS and have played alongside notable acts like OSO OSO, VUNDABAR, AARON WEST, FREE THROW AND THE WONDER YEARS.

JOE
Wow. Sounds like I should get on board before it’s too late!

DISOLVE TO:
Title Card appears on screen with a 1-800 number and rainbow text reading FUTURE TEENS. Calming music plays and we hear a soothing, strong voice read our tag line and ending.

The NARRATOR reads the disclaimer at a much more rapid pace:

DISCLAIMER: While FUTURE TEENS may make you feel less alone, in most cases they will not physically be present during your listening. FUTURE TEENS formed in 2014 with little aspiration outside of playing a Fourth of July BBQ.
In the subsequent years the band wrote and released more songs, steadily growing more serious about their goals. In 2017, they released HARD FEELINGS with TAKE THIS TO HEART RECORDS and followed it up with 2019’s BREAKUP SEASON with TRIPLE CROWN RECORDS. Use of FUTURE TEENS may lead to random and frequent crying punctuated with strangely joyful laughter. FUTURE TEENS is not liable for any emotional distress caused by listening.

Their shared experiences and collective understanding of this rising tide of sinister politics, growing up together in Atlanta and witnessing first-hand the pervasiveness of racialized and institutional violence, compels them to make music together, to combat the potentially crippling waves of frustration and despair and to let out a soulful roar, a call-to-action set to an eclectic, positively electric beat. 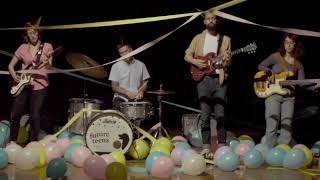 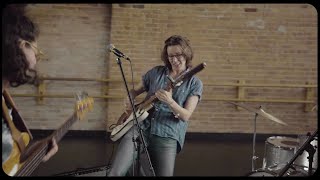