Mumble Tide are a Bristol duo-come-couple who met through Gumtree, Gina Leonard put in an advert for a bassist to which cartoon-obsessed Ryan Rogers responded to; “The boyfriend part was a bonus”. Together from their bedroom in Bristol, they make music that represents the freedom they feel around each other. As displayed on the recently acclaimed single ‘Sucker’, nothing is too silly, nothing is too corny – Mumble Tide is a judgement free zone. They throw together the 90s guitar-hooks of their childhood, Leonard’s sugar-sweet vo-cals and rainbow road-esque synths all the while Furbs the Furby nods approvingly from her pedestal in the room’s centre.

The snarly single ‘Sucker’, the first in a host of new music for 2021, is chaotic and endearingly vengeful, Leonard flicking the v as she sings “So long, so long, sucker” over blistering, garage-infused guitars. It follows their debut EP ‘Love Thing’ which saw Lauren Lavern, Steve Lamacq and tastemaker blogs come aboard the Mumble bandwagon.

An entirely self-constructed world, Mumble Tide produce, make their own videos and make their own artwork and announced their entry to the live circuit with sold out shows in Bristol and London. 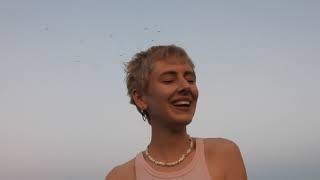 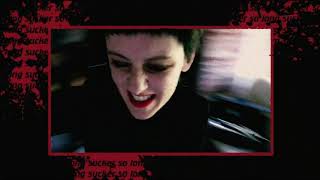